The Union Home Minister and the BJP President has said in Parliament on 20 November last that the National Register of Citizens (NRC) would be prepared for every state in the country. Ahead of his parliament statement, he, while addressing an election meeting in Jharkhand, clearly spelt out the government’s intention of throwing out all “infiltrators” from the country before 2024. He even did not hesitate to call the “infiltrators’ termites. Also he lied on the floor of parliament by saying that if the Congress had not divided this country on religious lines, there would have been no need to go for NRC and allied exercises. Fact is that the theory of religion-based two nations, was first proposed in the book ‘Essentials of Hindutva’ by V Savarkar, the erstwhile Hindu Mahasabha leader and an RSS affiliate in 1923. Later it was passed as a resolution of the Mahasabha in 1937. Three years later, the All-India Muslim League, led by Jinnah, adopted the concept in its Lahore session. On August 15, 1943, Savarkar said in Nagpur, “I have no quarrel with Mr. Jinnah’s two-nation theory. We, Hindus, are a nation by ourselves and it is a historical fact that Hindus and Muslims are two nations.” Be it as it were, will the NRC undo the wrongs of partition, undo the injustice and ameliorate the sufferings of people in any way?

In that case, why has the Assam NRC been rejected by the BJP government? The former Chief Justice of India under whose supervision the exercise was carried out and who, a few days before he remitted office, did not hesitate to vigorously defend NRC as “a base document for the future”. He even dismissed the critics of NRC as “armchair”, “careless”, “irresponsible”, “worsening the situation”, “playing with fire”, “thriving through their double speak” and “far removed from the citizenry with “vile intentions”. But he remains mum as to why did the exercise fail in Assam despite claimed to have been overseen by him. Nor did he say why has the government found a scapegoat in the IAS officer deputed as the chief coordinator of Assam  NRC  project.  Then  why  is  the rejection?

Answer is not far to seek. In speech after speech, Union Home Minister and other Sangh Parivar leaders have been insisting that no Hindu will ever be deported from India when their plan to create an NRC is enforced across the country. But despite every attempt including mid-point exclusion of ration card, refugee registration certificate and citizenship certificate issued by competent authority upto 24 March 1971 from being reckoned as valid proofs of citizenship—obviously to inflate the figure of “foreigners” —12 lakhs out of 19 lakh “foreigners’ identified by the Assam NRC exercise were found to be Hindus. The question that is conveniently parried by the ruling circle and the apologists of NRC is that if the names not featuring in the published NRC of Assam are of “foreigners” or illegal “infiltrators”, how could most of them exercise their voting rights? Without valid documents of citizenship, can anyone vote? In any case, with names of Hindus surpassing those of Muslims, there was an uproar from among the BJP in Assam. This has forced the ruling party satraps and the BJP government to reject the Assam NRC document and declare a new process to prepare a countrywide NRC, including Assam. Simply put, it means that the Supreme Court-monitored NRC will remain just a piece of paper and the entire exercise will be redone — this time all over the country.

Clearly, the real motive behind NRC is not to prepare a citizens’ roll which in anyway, by routine, is being done periodically through census. The agenda being buttressed by this is different and it is now being openly discussed, if not despised, by many including renowned democratic-minded intellectuals and eminent persons. It is now clear the ruling BJP and its mentor RSS-Sangh Parivar first began playing dangerous communal politics over India’s laws governing foreigners and citizenship. Now the BJP government has moved swiftly to fragment  and eventually even segregate the country’s residents on the basis of religion. Normally, an infiltrator conjures up the image of a man with a gun coming to kill people or with some ulterior motive. But an undocumented migrant is someone who crosses a border in order to make an honest day’s wage or under compulsions of life. Now, we have the home minister calling Bangladeshi migrants ‘termites’ and promising to drive them out of India. If one takes the words of the home minister at face value, the only people without the requisite documentation who will actually face deportation once an NRC-type exercise is run across India will be the Muslims per se, immaterial if they have illegally migrated from Bangladesh or have been staying in India as bona fide citizens. The policy adoptions of the BJP government and the speeches and statements of the RSS-BJP leaders hold proof of their incessant peddling in rabid Hindu communalism  and  hate  campaign  against as well  as  singling  out  the  Muslim  minorities. All  these,  as  rightly  pointed  out  by  many experts, jurists and informed commentators, violate the fundamental right to equality under Article 14 of the Constitution as it discriminates on the basis of religion, singling out certain religious denominations for inclusion while keeping out refugees belonging to the Muslim community.

But the point is what prompts the ruling BJP, its government, its arch Hindu communal mentors  and those playing second fiddle to it being so aggressive in pursuing such a notorious policy? Because they have nothing else to offer to people now pressed under the grinding wheel of ruthless and escalating capitalist oppression which the ruling dispensation is instrumental in bringing down. Economy is shattered. So is every aspect of life.  In such a situation, despite all kinds of manipulations to elicit a favourable electoral verdict and ensure longer stint in the government, the BJP, so also the ruling monopolists who brought it to power backing it in every possible way, are apprehensive of a people’s upsurge if the continuous onslaught on life and livelihood prolongs further. So to prevent that, only weapon in their hand is to drive a wedge into the unity of the toiling and suffering people on religious line by incessant fomenting of communal passion. If fraternity and solidarity of common people are disrupted, a warped mindset is inculcated and one religious community is made to believe that the other religious community is responsible for all their woes and deprivations, ruling capitalism, the root of all evils, will remain shielded. People could be embroiled in internecine feuds and clashes much to the relief of the capitalist rulers and their boot-licking political managers. The sooner the people understand the hideous underbelly of the NRC scheme and its ancillary legislations, the faster will be the unmasking of their arch enemies perching atop the pillars of power and playing sixes and sevens with their life. 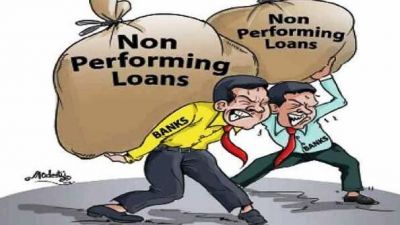 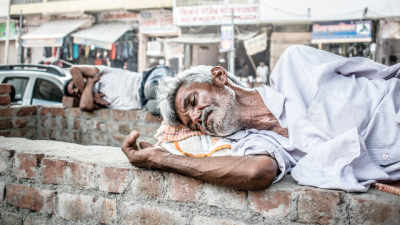 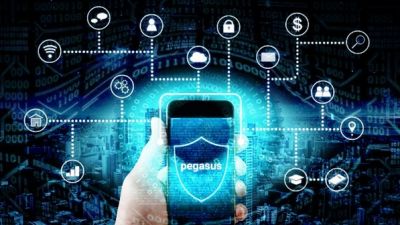