When the whole country men are mourning the death of helpless migrant workers, in road accident or being run over by goods trains or dying on the streets out of hunger and exhaustion, the BJP Central Government has preferred this time to open up the defence power and coal sector to the private operators in order to give them more scope to mint fabulous profit.
Similarly it has allowed agricultural market also to exploit the farmers and consumers by the corporates and big business houses.This was time for the Government to jump to defend the people from hunger and joblessness but it has jumped for defence and weapons production. Country means it’s people.
If people die from hunger and exhaustion weapons would defend whom? So far through various steps the Government has opened up many public sectors to private corporates brought crores of money through FDI but how many jobs those could create in the economy. If it is not so joblessness would not have reached the peak. What is going on in the name of governance is nothing but pampering and strengthening of unbridled exploitation by national and foreign capitalists, while pushing the millions of people to death. 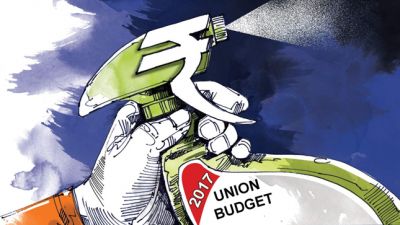 SUCI(C) calls the UNION Budget 2017 a document of suppressed facts, shielding truth, conducive to the vested interest of the ruling capitalists and their lackeys and totally inimical to the interest of the common people