The seventh ‘Vande Bharat Express’ was flagged off in West Bengal on 30 December 2022 by PM Modi. The much-clamoured ‘state-of-the-art Express’ runs between Howrah and New Jalpaiguri covering a distance of 600 km in 7.5 hours. It means the train would run at an average speed of 70 Km per hour, much lower than many other deluxe trains like Shatabdi, Rajdhani, Gatiman or Duranto Express. Why the speed would be so low? Because tracks are not suitable for faster movement. Inaugurating the train, the PM said, ‘‘In this 21st century, fast-paced development of Indian Railways is important for fast-paced development of India. We are working to modernize the Indian Railways. A national campaign is on to transform the Railways through modern trains being manufactured in India…. In the next eight years, we will see it reach new heights of modernization.’’
Whom this modernization of Railways for? The super-rich and highly affluent or the people at large? Price of ticket in Vande Bharat is abnormally high—Rs 1,565 for AC Chair Car (CC) and Rs 2,825 for the Executive Chair Car—much beyond the reach of common passengers whose purchasing power is plummeting fast in the crisis-ridden capitalist system. So common people will only watch the train from a distance, wave at it and sing paeans for ‘developing India’. Did they ask the PM for such a fashion train? Or do they want the railways to provide them with a safe, punctual journey in clean compartments at an affordable cost? Safety technology is not for the passengers who are compelled to avail themselves of overcrowded trains. Long distance trains have generally done away with unreserved compartments which low income group people avail. India is notorious for big train accidents for which the rulers show scanty concern.
The railway tracks are poorly maintained, signal system often goes out of order and hence collision between two trains or derailment of compartments take place for which common passengers suffer, sustain grievous injuries or even face death. But who cares about that? Drum-beating and chest-thumping are much preferred to concern for common train passengers. Cleanliness has been given a good bye in trains including the bathrooms. Instead of cleaning the dirty, stinking railway platforms and stations bereft of minimum infrastructure for passenger convenience, the Centre is now talking of transforming stations into shopping malls. For the common men, trains run late, get stranded at signals of big stations, suddenly get cancelled making way for the valued trains. Millions of workers, mostly daily wagers or contractual labourers reach their working places by travelling in dilapidated local trains like a herd of sheep flocked together. It is they who keep rolling the wheels of production and keep the nation moving. But for them, there is no ‘Vande Bharat’. On the contrary, low-priced monthly tickets for the construction workers, for the workers who keep domestic life hassle free, for workers of unorganized sectors, and workers of other fields are, according to BJP leaders, wastage of money. So, these concessional monthly tickets have been withdrawn. Who can do so other those self-certified nationalists, patriots and brand ambassadors of ‘modern’ India who only love to burst in self-eulogy in front of the camera?
During pandemic, the BJP-led central government fabulously increased fares by renaming ordinary trains as special and express trains on the plea of minimizing loss in revenue. Who does not know that this so called loss is not due to fare structure but rampant corruption in the railway department including regular theft of parts and components and pilferage from sale proceeds of tickets? Even the very statement of revenue depletion or the customary lamenting of ministers for providing subsidy to the railways from central budget are far from truth. As per the railway report in the current financial year from April to October passengers of unreserved compartments have increased to 197%. This has resulted in an increase in profit by 500% vis-à-vis the same period last year, while for the reserved compartments, passengers increased by 24% and profit by 65%.
Long back, privatization process of railways has been rolled out the effect of which is manifest in regularly rising fares. From then onwards, profit maximization has primacy over passenger comfort in this key transport sector. Over 3.12 lakh posts are lying vacant in the railway department. 3.5 lakh employees have been forced to take voluntary retirement. Railway catering service mostly given to private contractors serve sub-standard food at high price. Even on the newly introduced ‘Vande Bharat Express’, passengers have complained of being served with cold poor standard food. Even other promised comforts also remain elusive. ‘Vande Bharat’ passengers from Howrah on the inaugural journey experienced non-functioning of air-conditioning system and late arrival at destination. Who knows what will be ‘‘the new heights of modernization after eight years’’ as promised by the PM. ‘Vande Bharat’ means ‘adulating India’. Which India, which people, will feel proud of the train other than those who roll on money and have a glitzy life-style. But it is them and the corporate sharks the BJP is committed to serve. 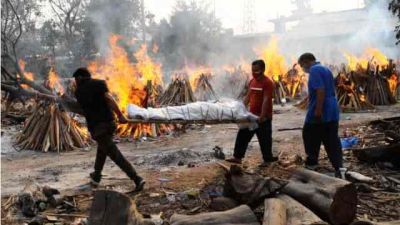 How the ‘double engine’ UP government follows the parental Union government 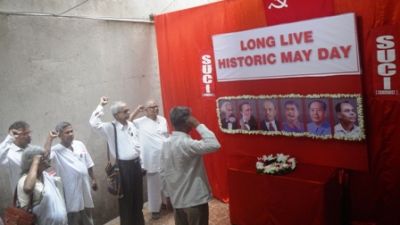 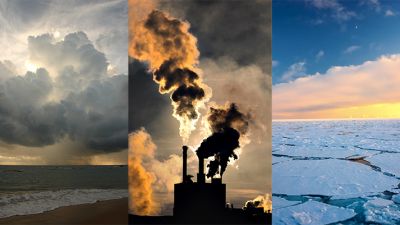