The Socialist Unity Centre of India (Communist) condemns Prime Minister Narendra Modi’s hobnobbing with Israel’s Prime Minister Benjamin Netanyahu, showing Palestine the cold shoulder. During his recent visit the Indian Prime Minister has signed several pacts with Israeli Government which include items like mutual collaboration in technological innovation, combating terrorism etc. Israeli administration is most hated by democratic minded people of the world because of its inhuman and ruthless aggression against the Palestinian people, its illegal, forcible occupation of Palestine lands, and its belligerent postures vis-à-vis several other Arab states. India’s strategic alliance with this hated aggressor Israel runs counter to the anti-imperialist heritage of the Indian people. Since independence the Indian Government stood in support of the Palestinian cause, and always opposed, at least verbally, the aggressive and expansionist policy of Israel. But, in recent years reversal in this policy is being more and more exposed. India has virtually abandoned the Palestinian cause and India as collaboration with Israel in defense matters as well as arms procurement. In the name of technological innovation recent pact is production of sophisticated armaments. Actually India is aligning with USA and its military outpost in the Middle East, Israel in its bid to emerge as a regional superpower. The Socialist Unity Centre of India (Communist) protests against the blatant imperialist stand of the Narendra Modi Government and demands that it must abandon its pro-Israel stand and must reiterate its unqualified support for the just cause of the Palestinian people. 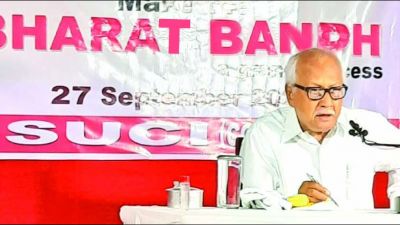 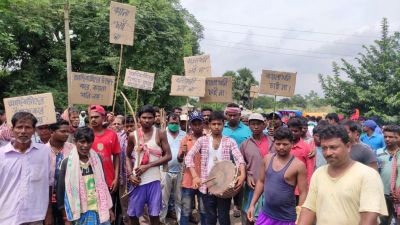 People of Deocha Pachami, West Bengal are on the path of movement