When life of the common toiling people of the country is devastated by growing unemployment, mounting job loss, harrowing price rise and daily spike in Covid-19 cases as well as deaths, the BJP-led central government, taking advantage of the lockdown situation is on a spree to slay the slain in every sphere. Despite drastic fall in international crude price, it is progressively as well as steeply raising the retail tariff of petrol-diesel and cooking gas. Now even kerosene which is an essential item of poor rural and even urban households has been made dearer by a whopping 55%. On the one hand, the government is announcing free ration for 80 crore countrymen for 3 months to brighten electoral prospect of the ruling BJP in the ensuing assembly polls, while on the other hand, it is relentlessly squeezing the people in every possible way and also accelerating the process of large scale privatization of agricultural sector, mining, railways and such other key areas much to the detriment of people’s interest.
We call upon the suffering people to rise up against such sinister moves and policies and raise a united voice of protest. 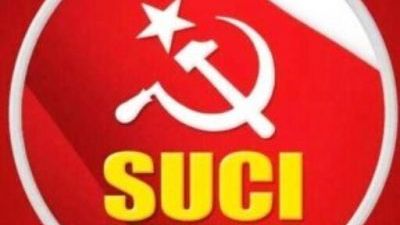