We vehemently oppose the most ludicrous and unscientific statement of Satyapal Singh, Union BJP Minister of State of Human Resource Development that Charles Darwin’s theory of evolution of man is “scientifically wrong” and hence needs to be dropped from the school and college curriculum. While Darwinism is a time-tested scientific theory confirmed by the scientists round the world based on scientific evidences and experimentally verified facts, the BJP Minister’s argument in favour of his claim is that our ancestors have nowhere mentioned having seen an ape turning into a man and the tales told by our grandparents had no such reference either.

Clearly, this utterance of the Minister is in consonance with the evil design of the RSS-BJP to abandon all kinds of scientific theories and rational thinking process and instead inculcate in people’s mind all sorts of obscurantist, bigoted, revivalist and backward thoughts to keep them arrested in the blind alley of mysticism and thereby secure the decadent moribund ruthlessly oppressive capitalist system from being questioned and challenged.

It is inspiring to note that the scientists and science academies have already risen in protest and a letter to be submitted as a petition to the Ministry of Human Resource Development, the Prime Minister’s Office and the President has already received over 3600 signatures of the scientists and expected to receive many more in the next two days. We also join them in this righteous protest and call upon all the scientists, educationists, teachers, students, intellectuals and all sections of right-thinking truth-seeking conscientious people to extend their support and force the Minister to withdraw his ill-motived statement. 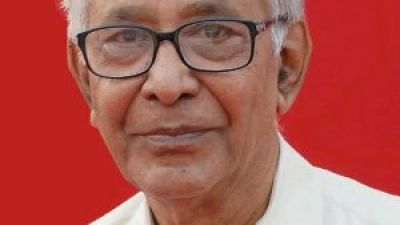