We strongly oppose the most atrocious proposal of the BJP-led Maharashtra government following the footsteps of BJP-led Rajasthan Government to confer, by way of amending Industrial Disputes Act 1947, unilateral right to the capitalist owners of factories with less than 300 workers to lay off staff or close down the units without seeking government permission. It is estimated that roughly 39,000 of the 41,000 establishments located in Maharashtra, the most industrialized state of the country, will be covered by this proposed outright anti-working class amendment which, brought out in the line of Prime Minister Modi’s pro-capitalist “Make in India” campaign, will insecure the life and livelihood of lakhs of workers, erode workers’ hard earned rights and lead to job losses stoking further unemployment. It is also reported that a move is afoot to amend the Contract Labour Act, 1970, so that units with 50 or more contract workers as against 20 at present will be required to register with the government thereby allowing small- and medium-scale industries to hire contract labour more freely and depriving the workers of their trade union, socio-economic and constitutional rights and rendering them more vulnerable to the whims and diktats of the employers. Likewise, Factory Act, 1948, is proposed to be amended so that safety rules under the law will now be mandatory for units employing 20 workers or more as against 10 at present. It is evident that once such pro-capitalist amendments are operational in the states, those will be extended to the whole of the country through adoption at central government’s level exacerbating misery and penury in the lives of the working people. The proposed reforms are thus presage of the shape of things to come in future. This is also a clear instance of how the BJP government has shamelessly yielded to the pressure of domestic and foreign monopolists to strip the Indian working class of all the democratic rights it earned through prolonged arduous struggle over the years. It is no surprising that the BJP which has been brought to power by the ruling monopolists will be nakedly serving the vested bourgeois class interest at the cost of the oppressed and exploited working class.

While demanding immediate withdrawal of the proposed anti-labour reforms, we feel it is imperative on the part of all the political parties who talk of people’s interest to come forward and unleash a united organized movement involving all sections of the working people to resist such demonic attack on the working class, failing which the ruling capitalist class with a subservient government at its disposal will deal more and more deadly blows to the working class and make living impossible for them. 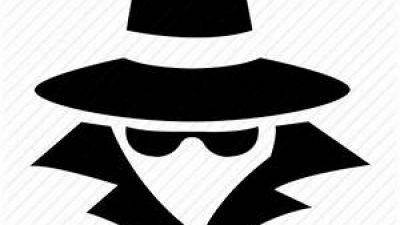 No to spying the citizen!