We are strongly opposed to introduction of Goods and Services Tax (GST) which will immensely increase the burden of indirect taxes on the common people entailing spurt in prices of almost all essential commodities and services and thus would be another bout of fiscal savagery brought down on them day in and day out by ruthlessly oppressive capitalism to stave off its escalating crisis endemic of the system. On the other hand, this new tax regime will substantially relieve the capitalist manufacturers and corporate sectors of their tax liability. In this connection it bears recall that the character as well as implication of any economic reform initiated in capitalism cannot be understood estranged from the system. As such the move initiated in the aggregate interest of the capitalist class would facilitate cornering and concentration of tax revenue in the hands of the central government and the states will considerably lose their economic strength. This glaringly violates the hitherto prevailing practice of revenue sharing between the center and the states agreed upon as cardinal principle of a federal structure after independence. Clearly this move will cause further concentration of economic power in the hands of the center which again will push the country towards administrative fascism. No less important is the fact that as a result of this it will become more difficult to develop movement against imposition of unjust taxation by the center.

We call upon the toiling masses to close their rank and develop powerful movement countrywide to thwart rolling out of GST and observe 30 June as all India protest day against GST. 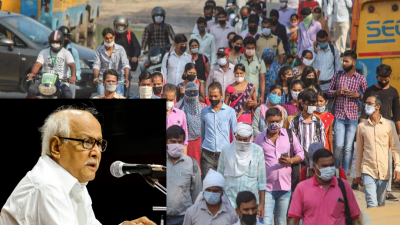