SUCI(C) holds that cruelty and callousness of the governments are pushing hapless flood victims to plight and peril, demands adequate rescue, relief and compensation measures

We are gravely concerned and apprehensive at the way the flood situation in Assam, Bihar and West Bengal is turning from bad to worse with every passing day. Already a good number of people have lost life, many houses and properties have been destroyed and a sizeable number of cattle and other domestic animals have been washed away. But there is hardly any step on the part of the central and state governments towards rescue and relief of the flood-afflicted people. The cruelty and callousness of the central and state governments are pushing the hapless flood victims to enormous plight and peril.

It is true that the government has no control over natural calamity, excessive or shortfall of rain. But in the modern age of spectacular advancement of science and multi-faced technological development, natural furies, extent of damage cannot be reduced substantially and hardship of the people can be mitigated considerably.

First of all, the central and state governments spend the major portions of their budgets on military, police and administration. Budgetary expenditures towards irrigation, de-siltation of rivers, dams, canals and ponds as well as refurbishing of marshy lands and creation of new reservoirs are the least. Had there been adequate spending for these necessary works, there could have been creation of jobs and at the same time the stored water could be used by the peasants for agriculture during drought and shortage of rainfall. There is virtually no system of draining out rain or flood water nor is there any proper sewerage system in place. So the utter negligence on the part of the central and state governments is responsible for the misery of the flood-ravaged millions as well as immense loss of property. There is only a signboard of disaster management system.  At the time of natural disaster, no one from this government department is seen in the affected areas. So, rescue operation on behalf of the government is hardly noticed. The governments, both central and state, should have undertaken rescue and relief operation on a war-footing deployingmilitary,police and administrative forces. But that has not happened. Slackness, nepotism and corruption are rampant in whatever little relief is distributed by the governments.

Under the circumstances, we demand: 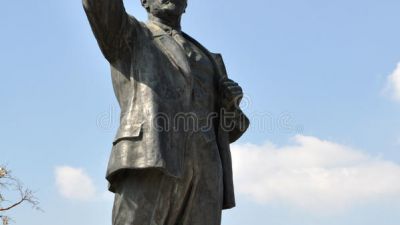 Condemn both the communal acts of the Hindu fanatics and their most communal motivated verbal attacks on the intellectuals, the writers, the scientists as well as on Mr. Khan