While Prime Minister Narendra Modi in course of celebrating his one year in the office is boastfully claiming to have ushered in ‘achhe din’ (good days) in the country, common people now have another deadly blow of that in the form of shelling out enhanced service tax of 14% with effect from 01-06-2015 on almost all the services including essential services they consume. Not only that. With every likelihood of immediate imposition of a further load of so called Swachh Bharat tax of 2%, the effective service tax would come to 16% making people bleed white more profusely while the industrial oligarchies and corporate barons will enjoy net tax concession of around Rs 2 lakh crore following the budget decision to reduce corporate tax from 30% to 25% and the public exchequer will continue to be heftily defrauded because of rising black money accretion, tax evasion by the corrupt and powerful etc. This clearly shows for whom Modi and his BJP government is committed to bring achhe din at the cost of whom. This is not the end but just augury of the worst fiscal savagery that Modi in naked subservience to the sinister class interest of the ruling monopolists, his mentors, is slated to let rave wild on people.

Our fervent appeal to the suffering people is not to lie low and bear this increasing burden of capitalist crisis squarely passed on to them by the Modi-led bourgeois government but rise in vehement protest closing their rank and cementing their unity and release a powerful movement round the country to repel this menacing economic onslaught. 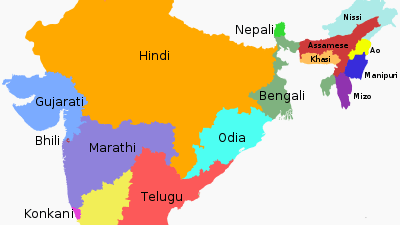 On Amit Shah’s advocacy ﻿for introducing Hindi as national language