Criticizing erstwhile Congress government for harrowing rise in farmers’ suicide round the country, Prime Minister Modi, in his pre-election speech prior to riding to power had, glaringly for reaping electoral benefits, remarked that “The first guarantee given by any government should be that it will not let farmers die.” But after his ascendency to power, farmers’ suicides are continuing on an increasing scale. Oppressed under the grinding wheel of ruthless capitalist exploitation, the poor peasants being unable to bear with accentuating hunger and starvation are opting for self-killing. The kind-hearted people of the country are stunned, speechless and gravely concerned at this grim spectacle of serial suicide. It is reported that in Maharashtra, a state which is also ruled by the BJP, 93 suicides have been reported in 45 days from 1st January, 2015 in the perennially parched Marathwada region. Earlier, in November 2014, a record 120 debt-ridden farmers were reported to have committed suicide in the drought-hit Vidarbha and Marathwada. It is also alleged that families of nearly half of the farmers in Maharashtra who have committed suicide are not receiving even the paltry Rs 1 lakh compensation because of rampant corruption and political interference apart from the lackadaisical approach of senior police and revenue officials. This once again shows how Modi had defrauded people by making utterly false promises and how apathetic he and his government are towards the appalling plight and penury of the destitute peasants while being extreme generous in offering surfeit of benefits,concessions, tax waivers and other freebies to the industrial houses particularly the monopolists and corporate sector. Moreover, once the new Land Acquisition Act which the Modi government has hastily given effect to by passing an ordinance and diluting the previous Act would, it can well be presumed, push more number of poor peasants and agricultural workers to commit suicide.

It is time that the poor and have-nots alongwith democratic-minded right-thinking people take up cudgels against Modi and his government and force them under pressure of powerful movement to take appropriate remedial measure to arrest this procession of death and pay adequate compensation to the bereaved families with due expediency as well as completely waive the agricultural loans to poor peasants. 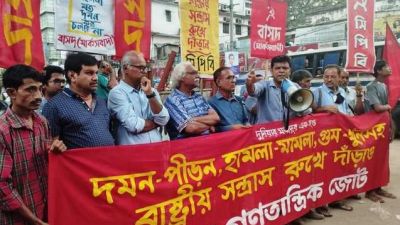 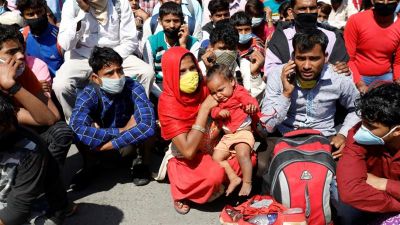