The prolonged lockdown on the ground of containing Covid- 19 transmission seems to have unfolded a golden opportunity to the BJP-led central government to speedily implement its noxious agenda of privatization of crucial sectors including public utility services. Raising a bogey of so called ‘Atmanirbhar Bharat’ (Self-reliant India), the announced privatization of vital sectors of the economy — railways, coal, defence, banking and agriculture—is destined to strangulate the ruthlessly oppressed toiling masses.
When the BJP government merged railway budget with general budget in 2017 and announced constitution of an independent railway regulator called Rail Development Authority (RDA) to determine tariffs and significantly enough, modify and suggest investment privatization of road transportation, aviation and shipping, the move was afoot to gradually privatize the entire railway service considered to be the artery of travel and transport network under the aegis of the government with a huge establishment providing substantial job and operating mainly on the principle of public welfare. With the government now declaring to have invited qualification proposals from private companies to operate more than 190 pairs of routes and will be introducing 151 modern trains, the process of eventual privatization of the railways is rolled out in future.
Needless to say that this privatization spree is purported to open up newer avenues in essential public utility services and other key areas for deployment of capital lying idle with the monopoly houses as productive investment in view of the accentuating market crisis endemic of capitalist system is ruled out by them. Surely, this pernicious policy would entail huge job loss, spurt in prices of essential commodities including railway fares, destroy food security and thereby push the people more and more to distress while coffers of the corporate tycoons and big business would swell further. How reckless privatization can wreak havoc in people’s life has been shockingly proved during the ongoing Covid- 19 pandemic in a largely privatized and commercialized healthcare system.
In no way, suffering people can support such disastrous moves aimed at shredding them into pieces. They must unite, rise up in vehement protest, organize sustained powerful movement. 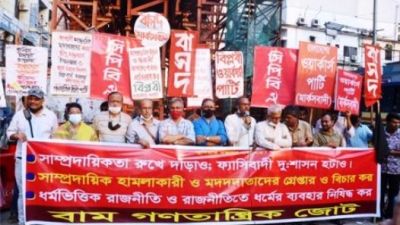 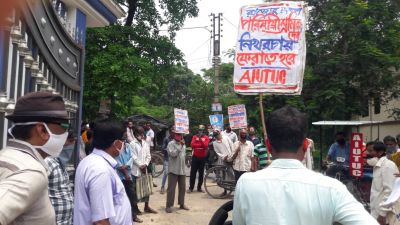