We have been observing with serious concern that the corona pandemic in the world and the consequent increasing number of deaths and its rapid spread in India have created much panic and helplessness among the people. We have also noted that the concern of the central and state governments are mainly confined in giving more publicity of warning about the disease to the people, but less and meager is the government’s arrangements in providing free medicine free test and proper treatment to the affected people.
Considering the gravity of the present situation our proposals are as follows:
1) Immediately hold a conference at the central level with the eminent doctors (virologists), the government and private medical associations and scientists associated with medical science and take their suggestions, let international information be collected about the steps taken by various countries. Consider all these and then decide the concrete steps needed to be taken.
2) Persons who are coming from abroad must undergo quarantine and lab-test. Those who are coming in touch with them in the country are also to be isolated for close observation.
3) To prevent infection increase the number of doctors-health workers-and outdoors in hospitals. Distribute free facemask to the people. To disinfect hands regular supply of soaps and hand-rubs must be ensured. The number of test centers for corona infections are very few in all states. So opening of corona test centers from capital city to subdivision hospital level is to be ensured. Test must be done free.
4) Drinking of cow urine and dipping of hands in cow dung as the medicine for corona, prescribed and propagated by some RSS-BJP people is utterly unscientific and harmful. Taking advantage of people’s ignorance and helplessness this propagation and cult of the superstitious practice must be stopped immediately.
5) It’s said that senior citizens and persons with pre-existing conditions such as Diabetics, Asthma, etc. are affected easily and more vulnerable and face death easily. Special care of them should be taken.
6) In our employment– starved country, millions of workers and employees are already out of work due to economic recession, people’s livelihoods are also in danger due to continuous price rise. In such a situation some steps taken to prevent the spread of corona virus, have led to the closure of many establishments particularly in the unorganized sectors resulting in the loss of jobs for many. The BPL and the poor and low income groups of people, the rickshaw, auto and TOTO pullers, small shop owners and contract labours etc. who are forced to go out of work for income, must be provided with free food and ration items at least for coming four weeks.
Lastly, we appeal to all the political parties, mass organizations, clubs, libraries and associations and voluntary organizations to come forward to fight the menace of corona virus. The government also should take initiative to form central, state and district level all party committees and such organizations to meet the situation. 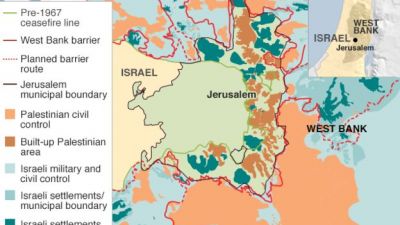