“We are astonished to find that the BJP government in an affidavit submitted in Delhi High Court by an undersecretary at the Prime Minister’s Office (PMO), has stated that the “The Prime Minister’s Citizen Assistance and Relief in Emergency Situations” or PM Cares fund, set up in end-March 2020 with the stated objective of being a “dedicated national fund” to deal with “any kind of emergency or distress situation” in the aftermath of the coronavirus pandemic, is not a government Fund and hence is not covered under the Right to Information (RTI) Act or subject to audit by Comptroller and Auditor General of India (CAG). But the advertisement released inviting donations under the Fund had used the government’s emblem and the PM’s face. The government is also yet to give a satisfactory reply as to why a separate fund was needed when India already had the Prime Minister’s National Relief Fund (PMNRF) with a corpus of Rs 3,800 crores for all such exigencies. Unofficial claim in media presumes the size of the fund to have crossed Rs 50,000 crores. Though the government claims that the Fund is not a ‘public authority’ and receiving contributions from private sources, the fact is that of the initial receipt of Rs 9,678 crore, Rs 4,308 crore was donated by government agencies and staff, of which at least Rs 439 crore was deducted as one-day’s salary of government employees. The various ministries, Public Sector Units and Banks had also donated to the Fund. Obvious question is whether this munificence was voluntary or covertly mandatory? Also a sizeable amount has been contributed by the monopoly houses and corporate sector. Since, the BJP government had made the donations to PM Cares Fund tax free by an ordinance, it is obvious that it has been a preferred conduit to park a part of huge unaccounted money and then derive tax relief as well by the quarters of vested interest . There is absolutely no transparency about utilization of the funds as well.
Why was it named ‘PM Cares’ and not ‘Narendra Modi Cares’? Why three big cabinet ministers are in the official position in that Trust? Why an undersecretary from PMO is overseeing the fund ‘honorarily’? Why the Fund is having its official address as the “Prime Minister’s Office, South Block, New Delhi”? Is it not a clear instance of abusing the chair of Prime Minister for mobilizing huge money with complete opaqueness and that too taking advantage of outbreak of a deadly pandemic and then pretend no accountability to disclose details of either mobilization or utilization of the Fund? Should it not be viewed as corruption at the highest level?
It is obvious that for all the reasons stated above, it is government money and hence the Fund ought to be managed and audited according to government regulations and the details must be in public domain.
While expressing deep indignation at such palpable squandering of money with a camouflage of charity, we call upon the people to take due note of how the BJP and its Prime Minister, subservient to the class interest of the ruling monopolists, are misusing official positions to commit such offences and raise their united voice to foil such foul play. ” 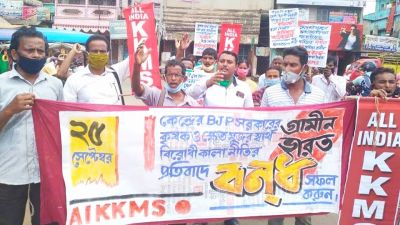 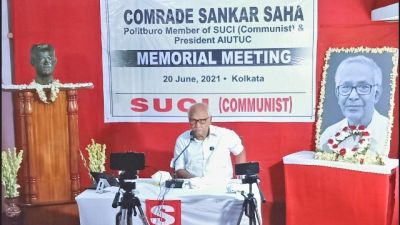