‘‘When the countrymen are being continuously assailed by pressing problems of harrowing price rise, mounting unemployment and job loss, dip in income and non-availability of proper healthcare, education and civic amenities compounded by the two yearlong corona pandemic, the budget has not touched a single such issue in concrete terms. There has been no proposal to enhance buying capacity of the rapidly pauperized people through direct cash transfer or any such other guaranteed income scheme. Instead, the FM has chosen to use pedagogic verbosity to claim that economy is on a steady recovery path and the government is coming out with a slew of measures, all customary in nature, to boost so called ‘inclusive growth’ in the coming year by aggressively bringing all spheres under digitization mode. Besides offering a number of reliefs to the corporates including slashing tax surcharge from 12% to 7%, the government has now given official recognition to highly pernicious cryptocurrency operation, a lately discovered route for asset transfers without having reflection in the economic system. The government has also enhanced the role of private players, either directly or through indirect PPP route, in most of the sectors. Obviously, this budget which camouflaged most of the pro-capitalist policies with hi-tech economic jargons, has vividly defrauded the multitudes of toiling millions while immensely pleasing the monopolist lobby thereby attesting once more how this BJP government is criminally negligent to people’s interest and devotedly committed to serve its masters, the ruling bourgeoisie.’’ 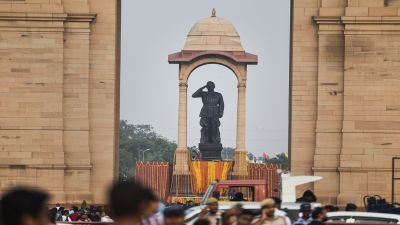 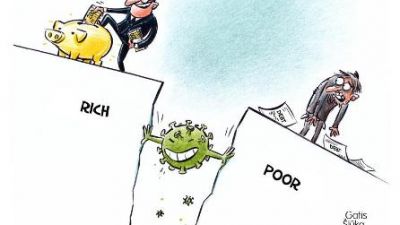 Income inequality in India on decline(!) since 2017 claims SBI Ecowrap