Shri Provash Ghosh, General Secretary, SUCI(C), has issued the following statement today :
Latest RBI annual report has clearly brought out that the so-called justification advanced by the BJP government in support of its bizarre move of demonetization like unearthing black money and cleansing the system of fake notes was indeed fake and clearly aimed at buttressing the hidden agenda of serving vested interest of the top monopolists at the cost of the common people. With return of more than 98% of immobilized currency notes into the banking system and detection of just 0.0013% % of the deposited currency as fake, it is reaffirmed how the government had held the oppressed countrymen particularly have-nots and downtrodden into ransom, made their already dented economic life devastated further, took away several innocent lives and permanently snatched livelihood from the poor peasants, daily wagers, migrant labourers, hawkers, ordinary shop owners and small businessmen who are wholly dependent on cash for their earning.
Unfolding the heinous conspiracy behind the currency ban move, our Party had categorically stated in last November that capitalism today is not only corrupt but utterly inhuman, has not even an iota of concern for peoples plight, hardship or tears as its sole objective is to cheat people, squeeze their pocket up to the last pie and make room for the monopolist tycoons to thrive on their growing misery and destitution. Facts corroborate our analysis.
Our fervent appeal to the people is not to be swayed away by the sweet-coated words of the bourgeois government and immediately close their rank to thwart such bouts of economic onslaught on them under pressure of united organized conscious protest movement. 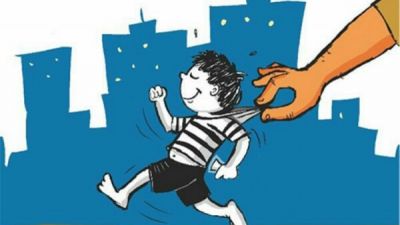