The Central Cabinet has recently approved disinvestment of 100% equity shareholding in the Central Electronics Limited (CEL), a central public sector enterprise (CPSE) under the Department of Scientific and Industrial Research (DSIR) and sell it to a financial intermediary or trading company called M/s Nandal Finance & Leasing Private Limited. As per the financial statements filed by Nandal Finance and Leasing in 2019-20 reportedly closely linked to a private university in Noida-Ghaziabad region having proximity to BJP leaders. It shows that the government has sold a PSU company engaged in satellite manufacturing system and electric generator fuse for hand grenades and bullet proof materials for body armours to a furniture company for reasons best known to them. It reminds one of how the government had channelled the bulk of Rs 30,000 crore transaction that was to be invested in the Indian defence system as per the Rafael jet deal through Dassault Reliance Aerospace, a 49:51 joint venture established between Dassault and industrial tycoon Anil Ambani’s Reliance Aerostructure which has no past experience and expertise of manufacturing aerospace and defence equipment. It clearly shows that not only the BJP government is in a hurry to hand over the PSUs built once with people’s money to the corporate houses but also ensuring that the benefits accrue to the select business groups even if they do not possess any prior experience in the concerned areas.
CEL established in 1974, with an objective to commercially use indigenous technologies, is known for the development of products in the domain of strategic electronics through its own efforts and in close association with the premier national and international laboratories, including defence laboratories. It has due professional expertise and 130 odd efficient engineers are working in it. It produced the first solar cell (1977) and solar modules (1978), the first solar power plant (1992), Phase Control Module (PCM), LRDE (Electronics Radar & Development Establishment) for use in Radar, Cadmium Zinc Telluride (CZT) for defence applications and Axle counter for the use of railway signalling systems. Now the same PSU is handed over to an enterprise having only 10 employees. The selling of CEL is not a mere addition to the ongoing privatization spree, it is a big blow to the works and researches in the scientific field.
The scientific community has raised concerns over the decision. In particular, they fear that the Nandal Finance may cause damage to the competence built through the CEL by the country over a period of four decades and a half. The scientific community is also afraid of that the Nandal Finance may try to dismantle the technological capabilities and manufacturing operations of CEL, since the firm has no in-house technological and managerial competence. Moreover, CEL had pending orders worth Rs. 1,592 crore. With these orders alone, CEL would be able to provide the Government of India with a gross profit of about Rs. 730 crore. So, when the BJP Prime Minister has been emphasizing on ‘Make in India’ concept, in what way privatization of CEL is compatible with that? Will the BJP government and its ministers explain please? 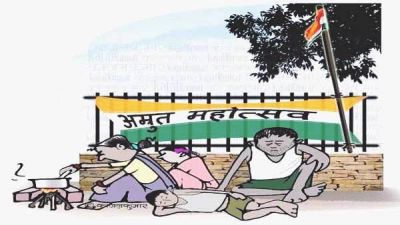 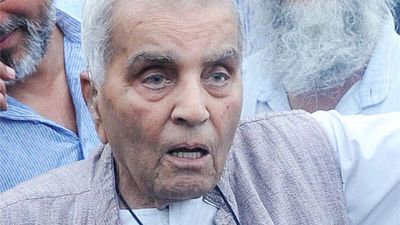