“Being faced with severe economic crisis in US itself and severe indignation of American people against the war mongering activities of US imperialist, and failing to defend the most corrupt unpopular US puppet Afgan govt. the US imperialists have entered into a secret deal with the Taliban and handed over power to the most reactionary Islamic fundamentalist forces of the time – the Taliban. These are the forces which were previously fostered by the US imperialists itself to counter the then rising democratic movement in Afghanistan and today in order to serve its own imperialist interests. It is shocking that indoing so the US imperialist have pushed the freedom loving people of Afganistan to cohabit with an out and out medieval force whose only weapon is to terrorize people using brutal force.
We feel concerned that this capture of power by Taliban would not only install a brutal medieval Islamic regime which would crush all democratic aspirations of Afgan people but also will embolden all religious fundamentalist forces in the world with the patronage of the fascist imperialist capitalist regimes in different countries to obstruct the growth of scientific democratic secular thinking in order to crush revolutionary movements taking advantage of the absence of the erstwhile powerful socialist system, working class struggles and anti imperialist movements.
We hope the progressive democratic forces of Afganistan being guided by democratic ideas would rise up and organize themselves and defeat the reactionary regime – The Taliban with a view to building up revolutionary movements in their own country.
We call upon the right thinking people of the world to stand by the Afgan people in this hour of crisis.” 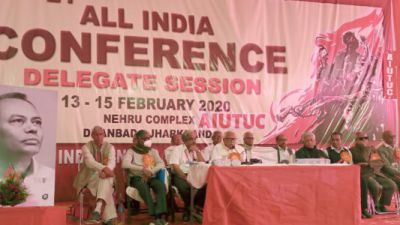