Reacting strongly against the incidents of torture and repression let loose by the different BJP state governments, particularly by the Jogi Adityanath government of UP, on the protesters against NRC and CCA, Comrade Provash Ghosh, General Secretary, SUCI (Communist) issued the following statement on 29 December 2019:

When the nefarious design of NRC and CAA brought by BJP led government at the Centre has met with all-out protest by the people in almost all states of our country, the BJP-run state governments have resorted to brutal repression and barbaric torture on the people which has resulted in the killing of 19 protesters and other innocent people in UP alone. The worst was seen when the UP government initially claimed that there was no firing by the police and it was the protesting public who used firearms. But as soon as the lie got exposed, the police in a somersault said only one person was killed by fire opened by them in “self-defence”. The government has imposed punitive fine of lakhs of money upon the protesting people for alleged destruction of public property. The UP chief minister has declared that his government would punish the agitators in such a manner that would set an example seeing which none in any state of India would ever dare to raise protest. A respected Madrasa teacher was stripped and humiliated inside a jail only because the students of his school took part in the protest. Thus a reign of state terror has been let loose in UP against the struggling people.

We strongly condemn this trigger-happy attitude of the UP government. We also like to reiterate another truth. History has proved time and again that no repression or oppression by the oppressive rulers has ever been successful in throttling the voice of fighting people against injustice and oppression. 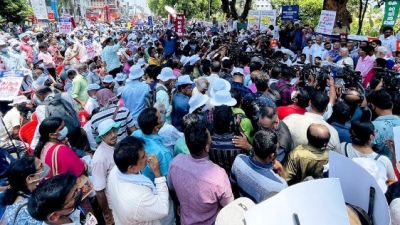 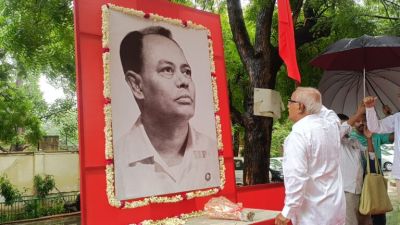 Call of Comrade Provash Ghosh on the eve of Birth Centenary of Comrade Shibdas Ghosh, our leader, teacher and guide