It has become a common phenomenon for all to witness that over the time, lands are being seized by the Government in our country citing ‘development’ as the pretext without caring for large scale eviction of impoverished people. Under the garb of ‘development’, the objective is to hand over land to the monopolists and multi-nationals for establishing their hegemony over these areas, mostly forest or arable lands.
We had earlier seen forcible grabing of cultivable land from the peasants either without or with meagre compensation for setting up capital-intensive industries with logistic advantage and easy transport of produced goods. This was seen in Singur-Nandigram in West Bengal during the rule of the CPI (M) in the state. Also land was acquired in other states like Maharashtra by the BJP government for setting up Special Economic Zones (SEZs) where the corporates enjoy a slew of tax and other infrastructural facilities virtually free of cost as well, as they are not required to obey the labour rules and hence are free to exploit labour like anything. Then we saw the BJP government framing policies favouring a very conscious larceny of village resources to benefit the corporate giants and gradually deprive the abjectly poor and underprivileged tribal people and forest people to hold onto their right on forest land.
One of India’s few pristine and contiguous tracts of forest, Hasdeo Aranya in Chhattisgarh is home to rare plants, endangered animals such as sloth bears and elephants, sal trees and also contains an estimated 5bn tons of coal. The BJP government has given out contracts to mine four of those six coal belts which would destroy at least 1,898 hectares of forest land besides evicting thousands of abjectly poor and under-privileged tribals. It is also alleged in circumvention of the existing Forest Rights Act (FRA), 2006 (which recognizes the rights of the forest dwelling tribal communities and other traditional forest dwellers to forest resources), Hasdeo Aranya’s land acquisition was conducted without the consent or consultation of the indigenous people. By the government’s own account, nearly 2.5 lakh people 50% of which are tribals from Madhya Pradesh, Maharashtra and Gujarat, have been displaced for building Narmada Dam and reservoir in Gujarat. As many as 75,000 tribals are severely affected because of installation of the ‘statue of unity’ by the BJP government in Gujarat.
And now, it has been the turn of the union territories like Andamans and Nicobar Islands, Lakshadweep, Daman and Diu. It is learnt that a Great Nicobar Infrastructure Project, worth 75,000 crores, is on the anvil under monitoring of the Niti Aayog, a government organization. Why Nicobar? Because it is having a ‘commanding’ geostrategic presence in the Bay of Bengal that allows India access to South and South East Asia. It naturally has incited the BJP Government, subservient to the class interest of the ruling monopolists, to be eager to reach out ample commercial benefits to their masters. Though the Government cannot claim to be totally transparent in its intent to advance the above-mentioned project, as far as can be gleaned from media revelations, it is majorly a military project. Aiming to construct a military-civil, dual use international container shipment terminal (IPTT), a green field airport along with big commercial cum luxury tourist hub, a film city, a casino and a shipping project are to be part of the plan. This amply suggests that Nicobar is to be turned into an investment for reaping super profit for the large corporates. Reportedly, as part of the Project, orders have already been released to reduce forest areas, nearly 166 km of the island which constitute 80% of the total being green forests that harbour rare 330 varieties of flora and fauna. There can be no doubt that the process would severely endanger the ecological balance of the island.
To compensate the damage due to deforestation that will follow, the alternative suggested by Andaman-Nicobar Integrated Development Corporation Limited is to grow trees in non-forest lands. Absurdity par excellence! How can this so called alternative to about eight lakhs of age-old trees that the island has nurtured be called suitable? Also, Islands region comes under the high-risk seismic zone V category, the most severe of them all. The islands are also highly vulnerable to submergence due to sea level rise, floods and cyclones. Also in the instant case, UNESCO recommendations against destruction of greenery have gone unheeded and anxiety and concerns of the environmentalists have been conveniently overlooked.
Besides disturbing ecosystem, the tribal reserve of 751.070 sq.km, 84.10 sq.km would be de-notified. Obviously, the existence of indigenous aboriginal tribal groups viz Jarawas, Sentinelese, Great Andamanese Onge, Nicobarese and most rare group Shompen will be under threat. It has been the common experience of all that whenever poor people are displaced from their hearth and home because of seizure of land by the government, mostly by force and in the commercial interest of the monopolists and multi-nationals, there is hardly any suitable relief and rehabilitation of the ousted populace residing on the acquired land for generations, despite customary assurance that their interests would be protected.
It cannot but, therefore, be a cause of serious concern of every right-thinking people, scientists, environmentalists as well as progressive forces who are committed to uphold the cause of the tribals, forest-dwellers, poor peasants and other sections of the toiling masses bearing the brunt of inhuman capitalist exploitation. They need to rise to the occasion and assert pressure of united opposition to stall such devastating projects.
(Source: Earthview 10-01-22, Economic Times 21-09-22, Andhra Jyoti-10-12-22) 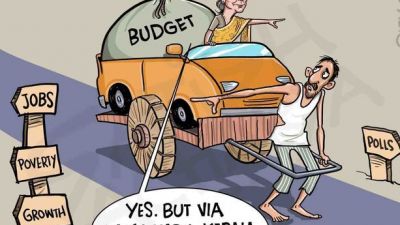 Two Recent Court Verdicts : Judiciary in the Mirror of Media 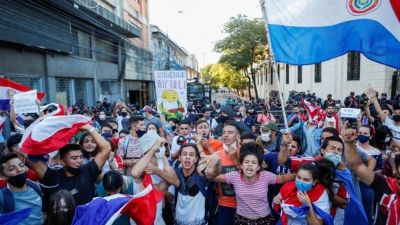