Shri Provash Ghosh, General Secretary, SUCI(C), has issued the following statement on 6 Dec. 21:
The central Committee of Socialist Unity Centre of India (Communist) severely condemns the barbarous killing of 14 civilians and injuring 11 by the Special Security forces in Nagaland’s Mon district in three consecutive incidents of firing on Saturday. The first firing which killed six civilians, occurred when army personnel mistook coal mine workers returning home in a van singing songs on Saturday evening. The very security forces which were meant to provide security to the people are taking away their lives.
This type of savagery could occur because of the Armed Forces Special Powers Act that was brought by the earlier Congress government and was utilized by the BJP government which recently extended it in Nagaland in June this year. We have been demanding since long that this act be repealed. This act instead of helping to counter the insurgency is rather creating panic in the people and endangering the lives of innocent civilians. It is an attack on democratic civil rights of the people of Nagaland particularly and other areas brought under this act.
The Central Committee demands of the government to mete out severe punishment to the special security officers of the armed forces deputed in that area who are responsible for this unprovoked firing. We also demand that Rs10 lakhs to be allotted to each family of the victims and adequate compensation to the injured. We call upon the people to raise their voice of protest against this heinous act and demand immediate withdrawal of this act. 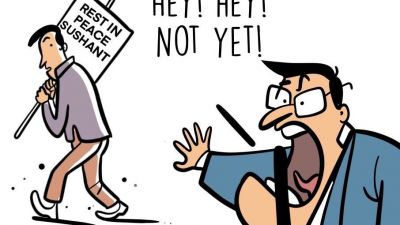 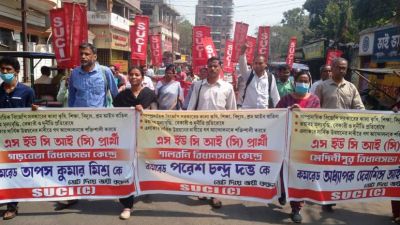