When a flyover under construction had collapsed in Kolkata in 2016, taking lives of more than 20 people, the Prime Minister Modi in a speech criticized the West Bengal government at a rally in the state. ‘‘A flyover collapsed in the heart of Kolkata recently but the state government did not take prompt action. Several people lost their lives and were injured severely but the Left Front parties and TMC kept blaming each other for the incident. The construction company said it was an act of God but instead it was an act of fraud’’, PM Modi said in his speech, according to the transcript on his personal website.
He also hastened to add that this very collapse indicated the message of god about imminent disintegration of the state. He also taunted the TMC-led West Bengal government for that untoward incident. Surely no government can fight shy of its responsibility when such accidents occur because of negligence or dereliction of duty or compromise with quality of material used as well as the construction methodology. But when several times more destructive incident of a bridge on Machchuu river collapsed in Morbi of Gujarat on 30 October last taking a toll of 141 precious lives, the PM who was present in that state for inaugurating various projects before election did not cancel his programme to rush to the spot but only sent a bagful of sympathies for the bereaved families and the injured.
No ‘act of god or fraud’ like comment was made by him although the bridge was claimed to have been recently repaired under the BJP-led Gujarat government. This kind of doublespeak and shedding crocodile tears only befit an autocratic leader who finds no fault of his own or of his party and government but is adept in dumping blames, mostly unfounded, on his opposition. Questions have been raised over why Oreva Group, a company which once described itself as the ‘‘world’s largest clock manufacturing company’’ before it also began making lighting products, battery-operated bikes, home appliances and TV sets—was given responsibility for maintaining a bridge by the BJP government. Concerns have also been raised about whether safety checks were carried out before the bridge was reopened.
The BJP-led state government has arrested a few low-rank employees for playing to the gallery while the main culprits are moving around scot-free. Ludicrous is the claim of the Oreva manager that the accident was ‘an act of god’. Ridiculous is also the comment of the commandant of the National Disaster Response Force. He said that as the depth of the river under both sides of the Machchuu river was less, people fell on the hard stony soil beneath water and died.
Raising question as to: whither governance in the state, Comrade Meenakshi Joshi, the Gujarat State Secretary, SUCI(C) sent a memorandum to the Chief Minister on 31 October 2022 stating, inter alia, that while expressing heartfelt condolences to the families of the deceased in Morbi incident, from the information received about the incident, they could not but arrive at the conclusion that it is a ‘Man made Calamity’. They also drew attention of the Chief Minister towards the serious lapses at all levels for such a tragedy. Now after this sad incident, all the vote-based parties are busy trading charges against each other.
The company assigned the job of repairing the bridge recently shuns its responsibility by passing on the onus for overcrowding on the bridge. The Nagarpalika said the bridge was opened before clearance. On the other hand, the state government also claims that the company alone is guilty. They firmly believed that while multi-level lapses on the part of the company caused this tragic incident, neither the Nagarpalika nor the state government can evade their responsibilities either. The very approach of shifting the entire blame on the company and arrogating to themselves a clean chit cannot be accepted.
The Gujarat State SUCI(C), inter alia, demanded stringent punishment to the company, strict actions against the responsible officers of Nagarpalika and suitable compensation to the affected families as well as free medical care of the injured. 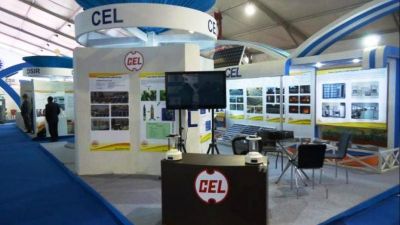