The Party of Communists USA (PCUSA) greets the Socialist Unity Centre of India (Communist) [SUCI(C)] on the centenary birth of the great Marxist leader Shibdas Ghosh, on August 5 2022.
Shibdas Ghosh was an anti-imperialist fighter for independence, and the founder of the Socialist Unity Centre of India (Communist), which is a leading force of the working class in India. We wish the SUCI(C) success in this celebration of Shibdas Ghosh.

Socialist Party of Bangladesh (Marxist) sends its revolutionary greetings to the Socialist Unity Centre of India (Communist) on the birth centenary of Comrade Shibdas Ghosh, one of the foremost Marxist thinkers of this era, great leader of the proletariat and Founding General Secretary of your party. The thoughts of Comrade Shibdas Ghosh were brought to Bangladesh by his student, great revolutionary Comrade Mubinul Haider Chowdhury, the Founding General Secretary of our party.
Marxism-Leninism-Shibdas Ghosh Thought attracted thousands of people from all walks of life particularly young men and women who left their homes and families. We are at present engaged in an intense struggle to build a genuine revolutionary party in our country. Our party considers Comrade Shibdas Ghosh as an authority on Marxism after Marx – Engels – Lenin – Stalin – Mao Zedong.
We hope that on the birth centenary of Comrade Shibdas Ghosh, his thoughts will illumine the path of emancipation of the oppressed and exploited people of the world.
Comrade Masud Rana
Coordinator
Central Executive Forum
Socialist Party of Bangladesh (Marxist)

The Communist Party of Pakistan

The CPP extends its heartiest and sincere greetings on the eve of celebrations held in honour of centennial birthday anniversary of Comrade Shibdas Gosh, the founder of SUCI (Communist) and a great ideologue of subcontinent and international Communist movement.
The CCP is of considered opinion that in view of communist movement of the Subcontinent being beset with crises and hardships, it is vital to have in-depth analysis of them to adopt new strategy and course of action. The challenges that have been thrown at us by the capitalism, can only be turned around if we have recourse to the fundamentals of Marxism-Leninism. We have to follow the invaluable teachings of all those great ideologues who put up a strong resistance against the international imperialists and local capitalist and feudal thoughts streamlining and guiding the struggle and resistance of the working class with their sterling progressive ideas.
Today, the imperialism is staring at us threateningly in new form and manifestation buttressed by religiosity and sectarianism. The feelings of communalism have been fuelled to the extent that the common man has inextricably been involved in the communal and sectarian disputes through a concerted plan that he hardly finds time to have cognizance of his socioeconomic problems that have bedevilled his life without any respite. The most unfortunate of all is that working class of different regions have been arrayed against one another in the petty broils of ethnicity and regionalism which has indescribably eviscerated the trade unions and communist movement.
All told, we, nevertheless, hope that if we hold fast to our ideological moorings and never allow ourselves to get lost in the labyrinths of bourgeois democracy, we are still in position to pose as formidable opposition to exploitative forces and bring about a socialist revolution.
The services and role of Comrade Shibdas Gosh can never be glossed over in the Indian politics. His extraordinary struggle against the forces of oppression and exploitation cannot be overlooked but overemphasized as a pristine example of unforgettable struggle and contributions towards the communist movement at large. The way, the SUCI (C) is forging ahead using the ideas and teachings of Comrade Shibdas Gosh as a trail blazer, will surely meet a success and as such the Indian masses will see one day the dawn of the Socialist Revolution by defeating the forces of ignorance, communalism, retrogression, exploitation, oppression and suppression that the capitalism has jointly summoned as a bulwark against Socialism.

We the Ceylon (Sri Lanka) Communist Unity Centre are privileged enough to convey our message for the successful observance of the birth centenary of Comrade Shibdas Ghosh, the founder leader of Socialist Unity Centre (Communist).
The Indian subcontinent is not inferior to the other continents of the world with regard to the birth of philosophies which aim to guide and regularize the behaviour of the human society and the application and interpretation of other philosophies given birth by other continents.
With regard to the application and development of Marxism-Leninism, the Indian Communist movement has contributed a lot. We have our fraternal relationship with SUCI (Communist) for more than 2 decades and had opportunities of learning from India including the contribution of Comrade Shibdas Ghosh with regard to the application and interpretation of Marxism-Leninism.
Comrades, you all have the legacy of Comrade Shibdas Ghosh to build up a revolutionary communist party and the behavioural Marxism. We are very much inspired by his contributions with regard to the behavioural Marxism of a party cadre and the revolutionary spirit of a revolutionary party. Therefore celebrating the birth centenary of a revolutionary Marxist-Leninist like Comrade Shibdas Ghosh is a very important duty of a person who has committed himself to the liberation of the human society with the guidance of Marxism-Leninism.
Please convey our fraternal revolutionary greetings for the success of the observance of the birth centenary of Comrade Shibdas Ghosh which may lead to further development, progress and strength of communist movement of India as well as the countries of this region for the emancipation of human society.
Comrade E. Thambiah
General Secretary
Ceylon Communist Unity Centre 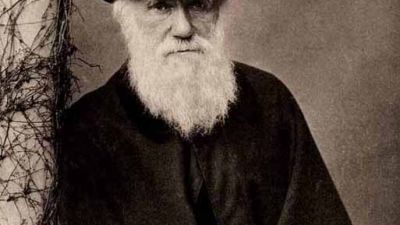 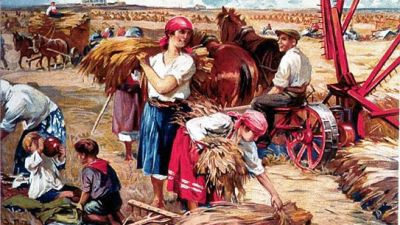 An American sees the Soviet Union 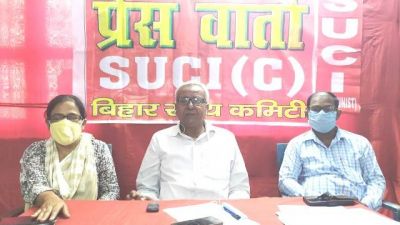