22 March 2022. On this day, over 30 thousands people marched on the streets of Kolkata. They were the soldiers of revolution who were busy fighting at different fronts against burning crises of life. All these crises were the crises of the moribund ruling capitalist class shifted on the shoulders of the exploited millions by all the governments, both central and state. But people did not accept this fate lying low, as the battle is going on protracted because at the helm it was the SUCI(C) who is leading the class and mass struggles on the edifice of a higher proletarian culture with a view to developing people’s own political power as well as with the clear perspective of accomplishing anti-capitalist socialist revolution.
At the call of the Party, the legions had come down town from the city and from the near and far away districts of South Bengal to register exploited millions’ protest against the anti-people pro-monopolist measures of both the BJP-led Centre and TMC-led West Bengal. When the rally started in Kolkata the historic Hedua park and areas around it in North Kolkata was literally a throbbing sea of humanity. The rally in Kolkata was led by Comrade Chandidas Bhattacharjee, Secretary, West Bengal State Committee and other state leaders. The participants were toiling people in different fields. Women workers as well as house wives came, many with babies on their arms while children walk along with them. Students came in throngs. Doctors, nurses, health workers joined in big numbers. Lawyers came wearing black coats. Scheme workers, bike taxi drivers also joined. Many came closing down their small time shops.

Agricultural workers had come refusing their wage. When the police stopped the huge rally at Esplanade the tail of it was still at Hedua Park. It was a distance of over seven kilometers. The four row part of procession took about an half hour to pass while the two row part took another half an hour to cross.
Simultaneously armies of over five thousand protesters from the districts of North Bengal marched down the streets of Siliguri on the same day raising slogans on demands for remedying the burning problems of life. South Bengal and North Bengal together witnessed long vigorous rousing processions giving vent to the accumulated grievances of the toiling masses once pandemic situation has eased. In Siliguri, the Bagha Jatin park too was over crowded with continuous streaming of protesting participants.In Silguri, the rally was led by Comrades Tarun Mandal and other members of the West Bengal state secretariat and other state committee leaders. Tea workers had joined with families. Even 70 year old people walked with what tremendous mental energy was anybody’s guess. Young force constituted considerable portion of both the rallies. The participants’ confident steps, their raised hands in response to slogans, their fervent voice condemning the central and state governments and their ruling masters made the hearts of the supporter-spectators considering to join this flowing wave actively. In Siliguri, when the head of the rally was on the Mahananda bridge, its end was between the hospital and Venus crossing—over 3 kms apart. Two delegations went to submit memorandum to the State government and the governor respectively. Similarly, memorandum was submitted at Uttarkanya, the North Bengal State secretariat. But neither the TMC government nor the governor showed the courtesy of meeting the delegations and receive the memorandum.
The rallies also raised voice against TMC government’s policies of supplying wine from localities to house to house, hugely curtailing medicine supply at government hospitals, party high handedness and nepotism, gifting general schools to the corporates, demanding opening of all the closed tea gardens in North Bengal, ensuring minimum wage and permanent jobs for the tea workers. At the same time the marchers condemned all other disastrous policies of the TMC government.
While the ruling monopolists and their political agents dread legitimate people’s movement more so when it is led by a genuine revolutionary party, the distressed downtrodden people welcome militant movements from the core of their heart. So the people who were flanking both sides of the processions, who had been watching from verandas, from roof tops were exuberant, waving hands in fraternity, hope rising in them unabated. Both the processions were fervent in denouncing central government’s disastrous agricultural, industrial and education policies, soaring unemployment, sky rocketing prices of edible oil, cooking gas, and all other essentials, gifting away huge public enterprises to big industrialists and above all the crime of poisoning people with communalism and blood curdling state terrorism. Behind all this lurks fascism, the ruling class’s last resort to stop revolution from taking place.
People had been witnessing for decades after decades SUCI (C) on the streets braving brutal police batons and bullets upholding people’s cause, people’s demands. Now as the pitying mask of the ruling bourgeois parties and pseudo-Marxists with their hands tainted in poor people’s blood is ripped apart, their teeth and nails clearly showing, people find SUCI ( C ) alone fighting on the streets, on the roads in towns and cities and in the countryside.
Thus the rallies on 22nd were greeted by people with enthusiasm. People are gradually learning that beyond their burning demands SUCI (C) is raising, there lies the final destination—the objective of anti-capitalist socialist revolution.
The wheel of history rolls on. Neither threat, nor poverty, nor police or military barbarity, nor black laws, nor fear for life finally can stop the march of civilization. The revolutionaries are marching ahead in waves upon waves, every step is a defeat to capitalist conspiracy, every hand raised is a clarion call to join the swift current of revolution. 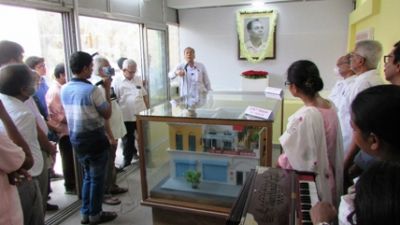 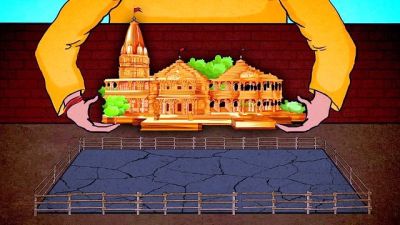 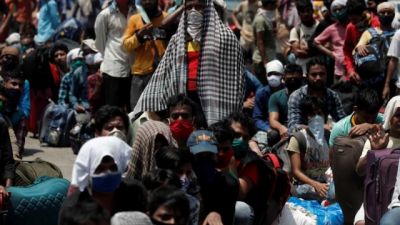