[Comrade Provash Ghosh, General Secretary, SUCI (Communist), urges people of India to sign the following memorandum to the Prime Minister asking for some urgent steps to combat the Covid menace.]

With grave concern, pain and shock we want to draw your attention to the grim fact that before the country could overcome the disastrous impact of the first corona wave, it has again been gripped by the second wave. First wave claimed thousands of lives and made millions of workers jobless, when your government miserably failed to give due attention to adopting necessary measures as you were engaged in ‘Namaste Trump festival’. Meanwhile, signal of second wave was given by the Western countries and you got some time to prepare for preventive measures. But again you did nothing as you became busy in construction of Ram Mandir, Central Vista and electoral scramble for power in some states by spending hundreds of crores of rupees. Now, the country is witnessing procession of human deaths and nobody knows where it will end.

There is acute shortage of number of hospitals, beds, ICUs, oxygen, ventilators, medicines, doctors, nurses, medical persons etc. Lakhs of people are dying and lakhs more will die. Even many are dying at the gates of the hospitals as well as on the streets. Crematoriums are filled up. There are long queues of dead bodies. Many are cremated here and there. Even the street dogs are found eating the thrown away dead bodies. This is a most unprecedented horrifying picture now being seen in the country, which claims itself to be the ‘largest democracy’ in the world. Was this situation inevitable and unavoidable? Who is responsible for this criminal negligence and inhuman act? Now when second wave of the pandemic is still continuing and spreading, alarming threat of a third wave is looming.

To prevent further devastation, we demand the following measures be implemented immediately on war footing even by deploying armed forces:

1)   Construction of hospitals in all wards of the cities, towns and gram panchayets.

2)   All hospitals must be equipped with adequate number of beds, doctors, nurses, medical staff, adequate supply of oxygen, ventilators and free medicines.

3)   Army hospitals are to be opened up for civilians’ treatment.

4)   Free vaccination for all.

5)   Black marketeering in medicine, oxygen, etc. must be stopped.

We know to implement all these, huge amount of money is required. For that we suggest :—

This special fund collected by above measures can meet the expenditure including aiding financially retrenched workers, unemployed and poor people.

This is the crying need of the hour.

Hope you will respond. 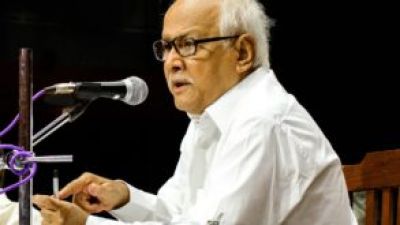