The 10 Central Tarde Unions including AIUTUC, the trade union wing of our Party, had given a call for observing two day All-India strike on 28 and 29 March 2022 in protest against the most draconian anti-working class policies of the BJP-led central government clearly to serve the vested class interest of the monopoly houses and multi-nationals. As usual the ruling BJP as well as parties like the TMC, who, in order to be in good books of the big business, opposed the strike call and spared no effort to frustrate it. As usual, they advanced the customary frivolous plea that strikes disrupt normal life much to the detriment of the common people particularly the poorer section including daily wagers. All their crocodile tears come out for the wretched populace only when there is a call of strike as an accepted means of democratic movement. These bourgeois parties remain stoic about the predicament of the daily wage earners and impoverished millions in all other days. They parry the question why these millions of have-nots need to survive on daily wage and lead a sub-human life even after 75 years of independence which the BJP PM hypocritically brand as ‘‘Amritkal’’.

But defying all obstacles, threat and intimidation, the working people, the peasants who supported their cause as well as common citizens did respond to the strike call encouragingly. Our Party, SUCI(C), as well as all its class and mass fronts supported the strike and mustered all their strength to make it successful. It is incumbent on the central trade unions and the working class at large to escalate the protest movement to the stage of resistance movement in order to make the BJP government bend and accede to their legitimate demands just like the historic peasant movement compelled the government to repeal three Black Farm Laws. Let us recall in this connection what great Lenin had spoken in justification of strikes by workers: ‘‘….(when) the oppression of capital threatens to crush him, the workers begin to revolt jointly against their employers. Workers’ strikes begin… strikes, which arise out of the very nature of capitalist society, signify the beginning of the working-class struggle against that system of society. When the rich capitalists are confronted by individual, propertyless workers, this signifies the utter enslavement of the workers. But when those propertyless workers unite, the situation changes… Strikes, therefore, always instil fear into the capitalists, because they begin to undermine their supremacy… Every strike reminds the workers that their position is not hopeless, that they are not alone… Every strike means many privations for the working people, terrible privations that can be compared only to the calamities of war-hungry families, loss of wages, often arrests, banishment from the towns where they have their homes and their employment. Despite all these sufferings, the workers despise those who desert their fellow workers and make deals with the employers. Despite all these sufferings, brought on by strikes, the workers of neighbouring factories gain renewed courage when they see that their comrades have engaged themselves in struggle… A strike, moreover, opens the eyes of the workers to the nature, not only of the capitalists, but of the government and the laws as well… The workers begin to understand that laws are made in the interests of the rich alone; that government officials protect those interests; that the working people are gagged and not allowed to make known their needs; that the working class must win for itself the right to strike… The government itself knows full well that strikes open the eyes of the workers and for this reason it has such a fear of strikes and does everything to stop them as quickly as possible…. it is strikes that have gradually taught the working class of all countries to struggle against the governments for workers’ rights and for the rights of the people as a whole. As we have said, only a socialist workers’ party can carry on this struggle by spreading among the workers a true conception of the government and of the working-class cause.’’
(on Strikes, CW Vol IV) 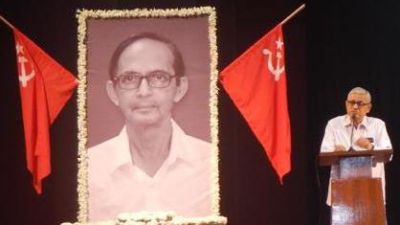 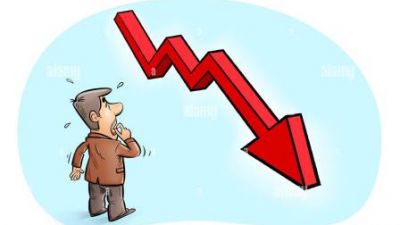