‘Arab International Forum for justice to Palestine’ invited All India Anti-imperialist Forum (AIAIF) to join a preparatory committee meeting on 7 June last to discuss the agenda of an international conference for Justice to Palestine planned to be held on 17 June and 18 2021. Comrade K Sridhar, Central Committee member, SUCI(C) and important activist of AIAIF attended it.

In the meeting Mann Bashour, the leader of the Forum said that the proposed conference should discuss on support to Palestine especially the help required for reconstruction of Gaza and rehabilitation of the evicted Palestinians. On behalf of AIAIF, Comrade Sridhar suggested that political analysis should also be included and a concrete demand for statehood of Palestine should be raised. This was accepted by all and finally it was decided to have six sessions on i) Political support, ii) Economic support. iii) Legal support, iv) Publicity and cultural level support, v) Rebuilding and health support and vi) Educational and psychological level support.
In the conference titled “Ways to support the resilience of the Palestinian people and their resistance to occupation and aggression”, speakers were from Egypt, Morocco, Algeria, Syria, Lebanon, Tunisia, U.S.A., Greece, South Africa, Venezuela etc. while India was represented by Comrade Sridhar. In the conference speeches all the speakers expressed anti-imperialism as expected and most of them showed left leanings. Though every speaker said “Justice for Palestine” no one categorically raised the demand for sovereign independent statehood for Palestine other than Comrade Sridhar.
In his brief speech, Comrade Sridhar said, inter alia, that an imperialist conspiracy was hatched to oust the Palestinian people from the land where they had been living for generations. Zionist Israel was created as an outpost of the imperialist powers led by USA to consolidate their hegemony in the resource-rich Middle East.
Israel could launch one after another savage attacks on Gaza and West Bank demolishing civil installations, schools, hospitals, residences and killing thousands of innocent civilians including infants and children and blockaded even humanitarian supplies so that the Palestinian inhabitants are terrorized and flee from their own mother land which then could be illegally occupied by the Zionist aggressors. These heinous attacks by Israel have been possible because of weakness of global anti-imperialist movement and absence of the mighty socialist camp, hitherto existing as a bulwark against imperialist machinations. Hailing the valiant uncompromising struggle of the Palestine people on the just demand for creation of an independent sovereign Palestine state where they can live with peace, dignity and harmony, Comrade Sridhar pointed out that a victory of the fighting Palestinians would put a leash on the ongoing imperialist tyranny throughout the world. Hence the freedom-loving democratic mined people in all countries need to organize militant movements in support of the Palestine people and coordinate all these movements to build up a mighty global anti-imperialist movement which alone can compel the imperialist powers to reverse their pro-Israel stance and force Israel to retreat from its policy of aggression and genocide on the Palestinians. 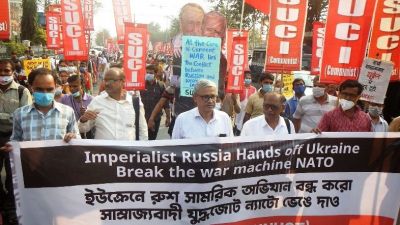 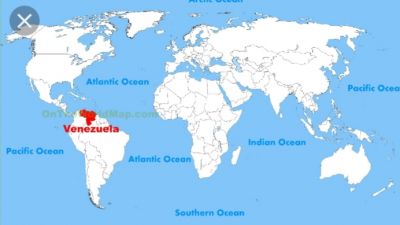