The well-known social and human right activist Teesta Setalvad, played a notable role in ensuring that several victims of the notorious anti-minority pogrom in Gujarat in 2002, orchestrated by frenzied armed hoodlums of the arch Hindu communal RSS-BJP-Sangh Parivar, got justice in courts. The present BJP Prime Minister, Narendra Modi and Union BJP Home Minister Amit Shah were Chief Minister and Home Minister, respectively, of Gujarat when this carnage took place.
It was alleged by many including some top-ranking police officers that this massacre could not have occurred without tacit approval of the state government. But all such allegations including Court petitions were neatly suppressed, and a Special Investigation Team (SIT) constituted by the government itself expectedly gave a clean chit to the then Gujarat Chief Minister Narendra Modi and 63 others in 2012. A Magisterial Court in Gujarat upheld the report. Visibly upset with the SIT report and the verdict of the Magisterial Court, Zakia Jafri, wife of slain Congress leader and MP Ehsan Jafri, filed a petition in Supreme Court challenging the SIT’s refusal to file a case against Narendra Modi for his alleged role in the anti-Muslim violence. Ehsan Jafri was among the 68 people killed in Ahmedabad’s Gulberg Society during violence on 28 February 2002. Now, in the SC a Division Bench also dismissed the plea of Zakira saying that it was devoid of merit. She and two former Gujarat police officers—R.B. Sreekumar and Sanjiv Bhatt—have instead been accused of misleading the SIT to get innocent persons convicted. The ruling of the Supreme Court was pronounced on 24 June 2022.
On the next day, for reasons better known to the authorities, a team of Gujarat Anti-Terrorist Squad (ATS) went to the residence of Teesta in Mumbai to take her into custody. The Gujarat ATS was not carrying any warrant for arrest. Teesta protested and wanted to lodge a complaint with the local police station. With great difficulties she made her way into the police station where she informed the media aloud that they were not letting her register her complaint. Finally, under pressure, the Mumbai police took down the names of all the ATS officers who had come there. Meanwhile, Teesta’s phones were seized without any panchnama (A record of witness testimony, usually prepared by the police, during the investigation of a crime or after a death) at her home. Then she was taken to Ahmedabad Crime Branch Office where she made a verbal complaint to the incumbent ACP saying her detention was illegal. She also described how an officer had pushed her, abused her and seized her phone. At every juncture, she reminded the police, the crime branch officials and the prosecution officials that this is a political case. Then she was produced before a magistrate who ordered her five days of remand. From then onwards, she was in custody for two months and a half on the unproven charge of an alleged conspiracy to forge documents and present false evidence in court to implicate political leaders and send innocent persons to jail by misleading the investigation into the 2002 Gujarat carnage case.
Finally, a Bench of present CJI U U Lalit and Justices S. Ravindra Bhat and Sudhanshu Dhulia said, ‘‘We have considered the matter only from the standpoint of interim bail and we shall not be taken to have expressed anything on the merits of the submission advanced on behalf of the appellant. The entire matter on merits shall be considered by the High Court independently and uninfluenced by any observations made by this Court.’’ While granting interim bail to her, the Supreme Court Bench had dealt a firm rebuff to the Gujarat government, which stoutly opposed her release after showing great alacrity in arresting her for pursuing allegations that high functionaries were involved in the Gujarat pogrom of 2002. The Bench raised five points to the Gujarat government: 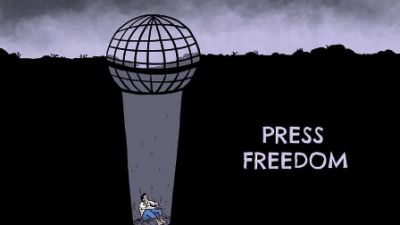 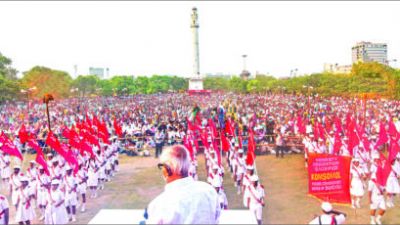 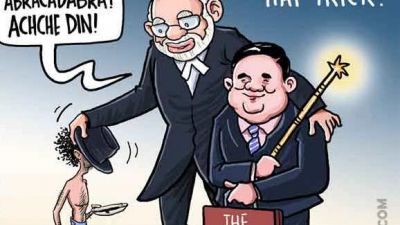