The All India United Trade Union Centre (AIUTUC) in a statement issued on 11 April 2020 expressed deep concern and anguish at the reported move of the BJP-led central government to extend the working hours from 8 to 12 hours per day by amending the section 51 of Factories Act 1948 on the plea of ‘exceptional circumstances’ due to outbreak of coronavirus pandemic. This highly despicable move, obviously at the behest of the corporate giants, has been made when the working people being under lockdown are not in a position to launch any mighty resistance movement openly.

While strongly condemning and protesting this anti-working class step, the AIUTUC demanded of the government to refrain from undertaking such sinister backdoor move and called upon the working people to unitedly resist the same. 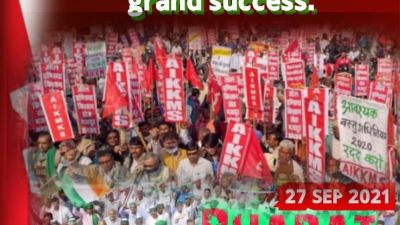