In a statement issued on 16-05-2015, Comrade Ashok Mishra, General Secretary, AIDSO said, inter alia, that in order to somehow stave off the insolvable market crisis endemic of the capitalist system, the bourgeois rulers throughout the world embarked upon the ruinous policy of globalization-liberalization from mid 1990s. This prescribed, among other things, all-out privatization and commercialization of education. All the governments whether led by Congress or BJP or any other regional bourgeois parties, have deliberately abolished pass-fail up to Class VIII and are making the board examinations optional. As a result students can learn nothing. Even the poor and lower middle class people spending their last farthing are trying to send their children to private schools. Fees are enhanced in the government-run institutions to ensure ‘level-playing field’ with the private investors in education sector. The semester and gradation system, introduced of late, have already severely damaged the teaching-learning process. Now, the BJP-led Central Government is going to introduce Choice Based Credit System (CBCS) and RUSA which will deliver further lethal blow to higher education. Moreover, the Central Government is on a spree of saffronizing education to destroy whatever little of secular and scientific education is still remaining in our country. They are trying to distort history, rewriting text books in their own manner. Communalism, religious superstition and obscurantism are making decisive inroad in the syllabi. An attack on education is attack on human consciousness.

The AIDSO has launched countrywide movement to resist this sinister design. As culmination of the phase of building up strong students’ movement through organization of rallies, protest demonstrations, dharnas, road-blockade, post-card campaign, observance of All India Demand Week and holding of Parliament March etc., AIDSO is giving call of All India Student Strike on 8th September 2015. We appeal to the students, teachers, educationists as well as common education loving people of our country to extend their all-out support to make the student strike a grand success. 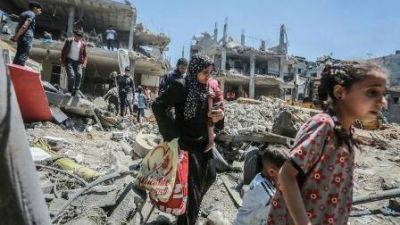 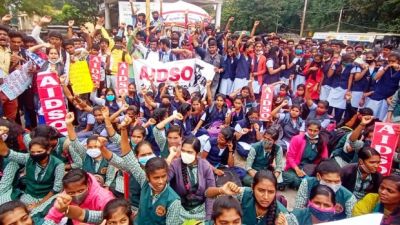 Significant Victory of AIDSO in Karnataka 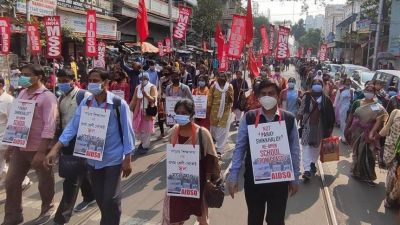