The sudden discovery of 100 odd dead bodies stated to be mostly of unwed women and children floating in the Ganges near the village of Pariyar and Safipur area of Unnao district of Uttar Pradesh is bound to raise a lot of questions. It is disquieting that in a civilized country, there is a horrific spectacle of dogs and birds feeding on unidentified bloated and decaying bodies floating in the stream and the government remaining silent over the matter.

We demand that there be an appropriate enquiry into the cause of this incident and if there is any foul play behind it, the guilty should be identified, apprehended and meted out stringent punishment.

SUCI(C) criticizes Railway Budget as a shrewd ploy to increased privatization while dodging the issues which make railway travel hazardous, costly and unsafe 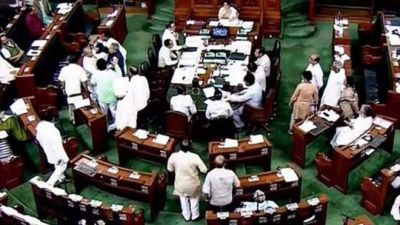