Denouncing the elimination of subsidy on kerosene and hike of prices of kerosene and LPG, Comrade Provash Ghosh, General Secretary, SUCI (Communist) has issued the following statement on 3 February 2021:

“The union budget 2021-22 has no provision for payment of subsidy on kerosene in the fiscal year beginning from coming April, 2021. Previously, the government in 2016 allowed state owned fuel retailers to raise the price of kerosene by 25 paise a litre every fortnight to cut the subsidy in a phased manner. The elimination of subsidy on poor man’s fuel kerosene through fortnightly price increase will grievously tell upon the already shattered economic condition of the poor people. Further, the subsidized cooking gas (LPG) price is also hiked by Rs. 2 per cylinder. The government’s policy of appeasing the corporate and depriving the poor of minimum support is now nakedly manifest in every economic step of the central govt.
We demand reintroduction of subsidy on these common man’s fuels. We also call upon the people to organize mighty mass movements against this anti-people and pro-corporate drive of the BJP government.” 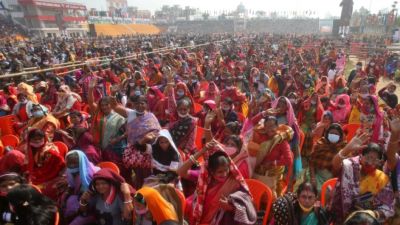