It is reported in Huffpost on 19 February 2020 that street sweepers in many municipal corporations in cities of India are being forced to wear GPS watches so that their supervisor with a centralized screen could monitor their work on real time basis. Green dots on the screen shows the location and the movement of the worker, length of the road cleaned and the area covered. The moment the sweeper stops or takes rest, red dots appear on the screen and the supervisor records it and prompt him or her to work. It means the street sweepers most of whom belong to the highly impoverished and socially disadvantaged dalit community cannot have any rest or break till the assigned job is completed. The supervisor can call them during the working hours, and make sure that the workers stayed in the area marked for him or her. Workers cannot switch off the tracker during the working hours; otherwise, their salaries would be deducted. Majority of these sweepers are contract workers and their salaries are calculated based on the GPS input after deductions for any rest period noticed by the supervisor. Such smart watches have camera for “manual face capture”, microphone, and sim card, which they have to charge after coming home every day night. Whatever the workers do, speak can be easily heard and seen by the supervisor on his monitor, that make the women workers most humiliating, vulnerable and they do not go to toilets or bathrooms, during the working hours up to six o’clock in the evening, out of fear that their privacy is violated by camera and microphones. It is reported that Municipal Corporation of Panchkulla in Haryana had spent over Rs 35 lakhs in only 9 months in 2019 on this worker surveillance system but it did not provide any basic safety equipment like masks, gloves and boots to the street sweepers. Meanwhile, sanitation work across the country remains distressingly dangerous, with workers frequently succumbing to fatal accidents. This Human Efficiency Tracking System in the jargon of the trade, has been implemented in at least seven other municipal corporations—Mysore, Lucknow, Indore, Thane, Navi Mumbai, Nagpur, and Chandigarh — most of which are controlled by the BJP” said the report.

What would one call this GPS monitoring system other than “a digital slavery” reminding one of the chained slaves in the slave-master society? That very chain is now replaced by GPS monitoring in “Digital India. Such a sophisticated form of medieval cruelty violates privacy, personal liberty, freedom, and dignity of the street sweeping workers and is blatantly violative of basic human right of the working class. This how the BJP government is operationalizing the mouthful schemes of “Swatch Bharat’ and “Clean India- Sweep India” by raising funds from the common people tough imposition of cess. (Source of information: Surveillance Slavery: Swachh Bharat Tags Sanitation Workers to Live-Track Their Every Moves’ by Rachna Khaira, HUFFPOST INDIA 19 Feb 2020) 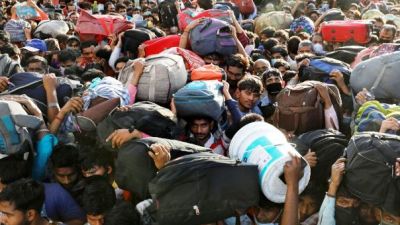 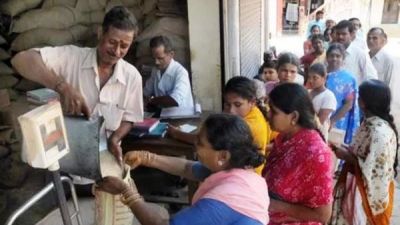