We vehemently protest and denounce the blatant coup attempt by the US imperialists, the worst enemy of mankind, in Venezuela and dislodge Nicolas Maduro, the elected President, by one Juan Guaido,a stooge of theirs, and even their audacity to declare Guaido as the legitimate ‘legitimate President’ bearing stamp of their policy of illegally intervening in the internal affairs of and installing puppet regimes inof the countries which refuse to submit before them.

Earlier, they made similar attempts to overthrow President Castro and socialism in Cuba with the unsuccessful Bay of Pigs invasion, conspired to dethrone and kill Salvador Allende, democratically elected President of Chile, toppled governments in Afghanistan, Iraq and Libya, sought to install  a puppet government in Syria by planting armed “rebellions” with the help their notoriousespionage agencies, and are now conducting a proxy war in Yemen. In course of all these felonious acts, they are committing worst form of war crimes and killing millions of people including planned assassinations of the Heads of those states.

Likewise, the Pentagon rulers continued subversive and naked interventionist activities in Nicaragua, Puerto Rico, the Dominican Republic, Panama, Guatemala and Mexico, if notmost of South America. In fact, as part of imperialist machination to run over other countries and bully them to submission, the US imperialists in pursuit of its hegemonic objectives and brigandish agenda with the help of their allies like the oligarchs of Venezuela have been carrying out such gangsterism world over to extend their sphere of influence and establish control over the rich natural resources like oil, gas and minerals of other sovereign states by flexing military muscle, precipitating sabotages, plotting artificial dissents from within by using hired hirelings and disgruntled elements.

Alongside, they are also seeking to arm-twist the countries, they consider to be hostile to them, byslapping draconian economic sanctions which are no less brutal and inhuman than launching a direct armed assault. They even categorized Iran and North Korea as ‘rogue’ states and arrogated to themselves the unilateral right to teach these countries “tough lessons”, as and when they so desire.

Venezuela, the country with rich oil reserve and firmly refusing to bend before US dictates, is the latest target. That the US rulers are bent upon using “militaryoption” against Venezuela to orchestrate anointing a pliant rule was laid bare when New York Times published an article titled “Trump administration discussed coup plans with rebel Venezuelan officers.” The so called “pro-Guaido forces” clothed in the style of democratic opposition is nothing but propped up groupsfloated, funded and controlled by the Venezuelan oligarchy and the US government. It is heartening to note the desperate efforts by the US rulers and their bootlickers to woo the Venezuelan army in favour of Guaido has failed and the army is fully behind President Maduro.

This dastardly attack on Venezuela is an attack on the entire humanity and has to be repelled by way of rousing powerful worldwide protest against the intrigues and felonious acts by the US imperialists and their cohorts. We call upon the anti-imperialist peace-loving people of all countries to raise united voice against this international gangsterism and extend fullest solidarity with the Venezuelan people in protecting their sovereignty. We also urge upon the people of US to staunchly oppose the US machination in Venezuela and other countries and consider this as a part of their own fight against gross injustice and death merchants. 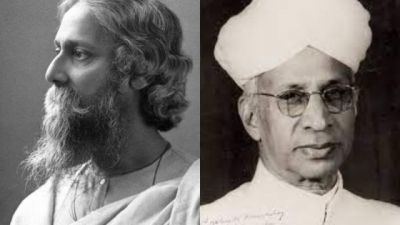 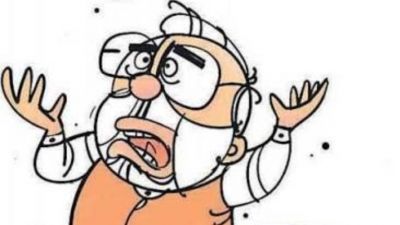