The no detention policy up to class VIII introduced by the central and state governments has caused severe and serious damage to the learning process of millions of students in India. Our party and various organizations guided by our party for long have been demanding that the disastrous ‘no detention’ policy be scrapped and pass-fail system be reintroduced from class I itself with full support of the teachers, guardians and students at large. Under pressure of this protracted mass movement the central education minister has recently announced pass-fail system would come back in class v and viii. This is undoubtedly a partial victory of the movement and a defeat to the no-detention policy of the governments, but it will not cure the basic problem in learning and for that pass-fail must be reintroduced from class I.

We demand that the central & state government must reintroduce pass-fail system from class I. We appeal to the millions of teachers-guardians and students to continue their movement on this demand in every nook and corner of our country. 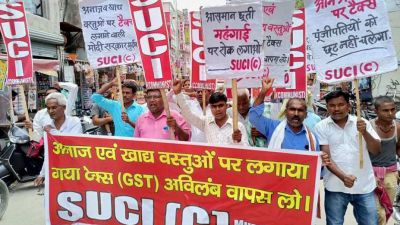